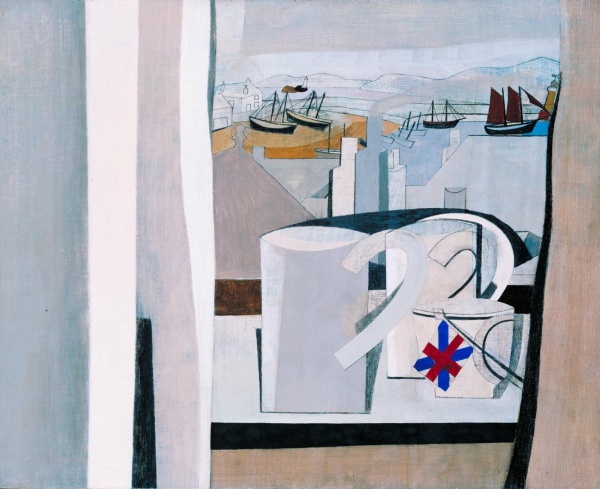 On VE Day the country woke up to the news that the war in Europe was finally over.  The crowds in London celebrated, singing Land of hope and glory as Churchill in his boiler suite made the victory sign . A time for us to celebrate , but for some families and friends it was a time to remember their loved ones, who had paid the ultimate sacrifice, and would never be coming home.

Many artists and their families who until the outbreak of war had been living in London decided to leave . Some came to Cornwall and established, what was to become a new artists colony. Artists like Ben Nicholson, Barbara Hepworth, Christopher Wood, Naum Gabo. They and their group went on to influence the second generation of artists such as Peter Lanyon , Terry Frost , John Wells, and Patrick Heron. Heron was living in Cornwall because his father Tom Heron managed the fabric printing company Crysede . The influential nieve painter Alfred Wallis, lived in a cottage in Back Road West, St Ives . The story of these artists can be found in Denys Val Bakers lovely book ‘Britain’s art colony by the sea’. A copy of which my grandmother gave to me when I first came to live in Cornwall ,  before Tate St Ives was conceived .

So it was with this in mind, I thought today I would celebrate this special day with two Ben Nicholson paintings, in which at the time, he marked this historic day , adding the Union Jack Flag into his still life paintings .