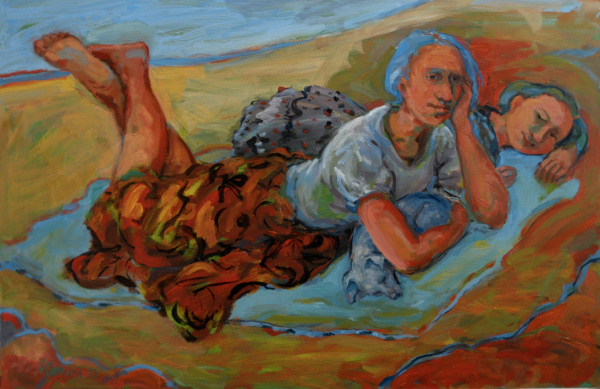 Summer is a special time, perhaps that feeling began in childhood having time to yourself because of the school holidays. To me it now offers the opportunity to recharge low batteries after the grey winter months . Flower filled borders, colour, the chance to throw open the windows and doors, cast off old jumpers and have picnics outside, sharing unhurried time with family and their news. A tonic for us all.

This poem by Robert Louis Stevenson, called The summer shone around me, reminds me of rural life in my childhood, playing in nearby fields, discovering the rich diversity of unfamiliar insects and wildlife that lived there and making up names for some that bore no accuracy other than perhaps in colour or shape.

THE summer sun shone around me,

In a stream of sun and odour,

The tall trees stood in the sunlight

As still as still could be,

But the deep grass sighed and rustled

And bowed and beckoned me.

The deep grass moved and whispered

And bowed and brushed my face.

It whispered in the sunshine:

As the quality of light changes and the evenings begin to cool my senses are heightened by the changing colours and textures in nature. Admiral spiders appear in quiet corners of the house in spite of evictions. In the garden fledglings have grown fatter and wiser, those that have made it that is. Only stumps are left now where the spring cabbages once flourished before the caterpillars moved in and were left to have a party ! The scarlet runner bean flowers and green tendrils twist ,reaching into the air because they have grown so tall and run out of poles, the potatoes are ready to be lifted and the apples are falling. It is beautiful to stand in the garden to hear the crows calling across the fields , I feared they had all gone after so much gunfire in the last days of August. It never ceases to amaze me how nature continues through adversity, to bring us its amazing seasonal gifts .

I hope that you have had a good summer and enjoy the last of its warmth and colour x.