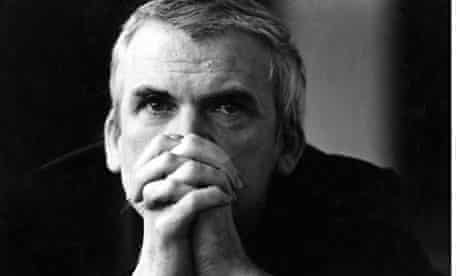 “for there is nothing heavier than compassion. Not even one’s own pain weighs so heavy as the pain one feels with someone, for someone, a pain intensified by the imagination and prolonged by a hundred echoes.”

Milan Kundera, ‘The Unbearable Lightness of being’

Kundera’s novels are intense , and realms of moral judgment are suspended . As a young man in communist Czechoslovakia, he turned to the novel. Kundera recalls: The only thing I deeply, avidly, wanted was a lucid, unillusioned eye. I finally found it in the art of the novel. This is why for me being a novelist was more than just working in one “literary genre” rather than another; it was an outlook, a wisdom, a position . . . a considered, stubborn, furiousnonidentification.

It was as a young painter that I first discovered Kundera’s books, thinking at the time that his particular method of writing bore similarities to my partners working process, he was a painter. Revisiting one his books in my studio this week, it sparked my own thoughts about distortion in art and in life.

Kundera, in his collection of Essays entitled, Encounters, one of the cultural figures he considers is the Irish born figurative painter Francis Bacon, he asks the question, “Up to what degree of distortion does an individual still remain himself?” It’s a question that resonates throughout the book. To what degree can we be distorted by violence and fear … in short, by history … and still be ourselves? Kundera sees this distortion everywhere, a distortion that art and artists embrace and explore.

He described Bacon’s portraits as “an interrogation on the limits of the self, and considers “the brutal gesture” , the “hand movement that roughs up another person’s face in hopes of finding, in it and behind it, something that is hidden there”, and I really do see and understand that driving force in Bacons work.

Critics tell us that Kundera’s subjects are mirrors, offering variously distorted reflections on his own work and situation, perhaps so. He did say, with reference to a remark by Francis Bacon about Beckett: “When one artist is talking about another, he is always talking (indirectly, in a roundabout way) of himself, and that is what’s valuable in his judgment,” so that does offer us some insight into himself and others .

Milan Kundera and Francis Bacon, who transcend the mundane .