In 2013 Father Peter, now sadly no longer with us, invited Zoe to decorate Godolphin chapel for one day in August.

In response, the eleven oil paintings were especially made or selected to hang in the healing Chapel and included two drawings on ceramic vases. She chose the painting depicting the war in Syria, to represent world conflict, the flower paintings on either side are a memorial to the suffering and loss of the war.

‘Madonna and Child’ remains on site.
The painting was inspired by a news report the artist heard in June that year, a woman living in Syria told a reporter that, in the morning she was making breakfast for her family when she heard a helicopter flying over her house, they dropped a bomb, it destroyed her home and her husband lost a leg.

In response, Zoe made this painting. Angels are present in many of the pieces including the two small paintings on the window ledge depicting St Ives. Canvases of Adam and Eve were fitted into the chapels oak entrance doors, with sleeping children in paintings above. An almost life-size Madonna and Child hangs to the right of the Alter, in which Jesus is depicted standing as a small child. Under their feet, the decoration echoes the worn pattern which can be found in the murals on Godolphin Chapel wall.

Photographs are all that remain recording the event, but the painting ‘Madonna and Child’ remains on site. 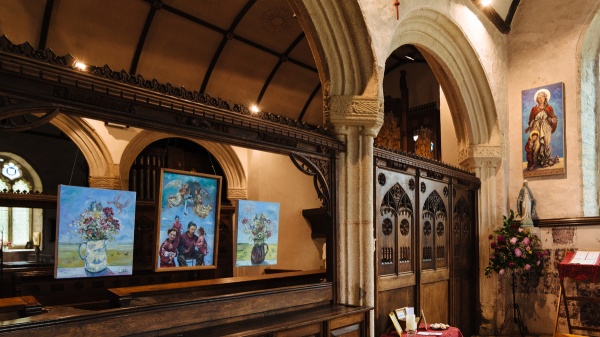 Madonna.Mary with Jesus as a child, arms open to welcome visitors to the healing chapel where she hangs in St Breaca Church.
Oil on board. 2013. 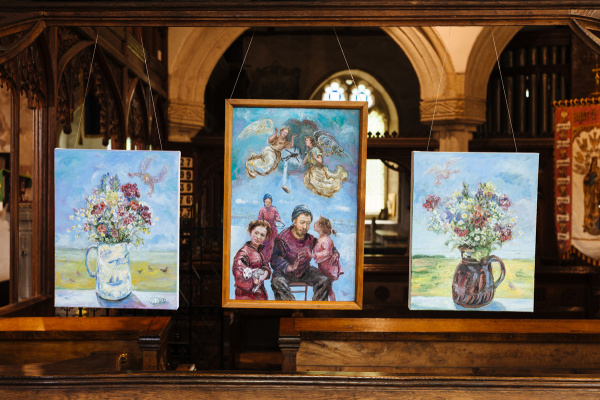 Syria. Triptych.War: Central painting from the Syria triptych.
It shows two flying angels grieving as they see a bomb fall from a helicopter towards a family beneath. 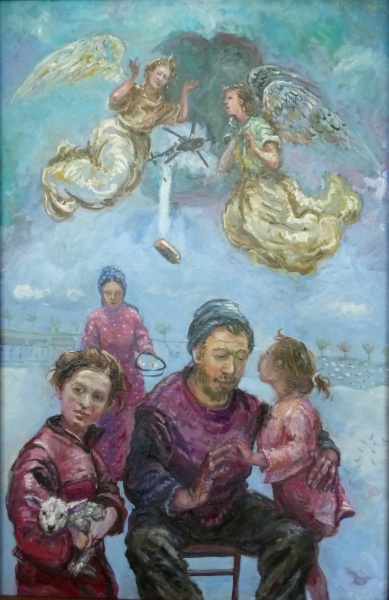 Syria.Detail of the central painting of the Syria Triptych. 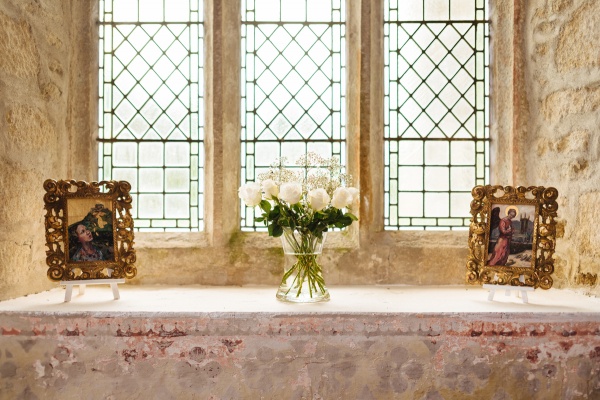 Two Paintings in the Chapel Window.Showing part of the recently recovered wall mural. 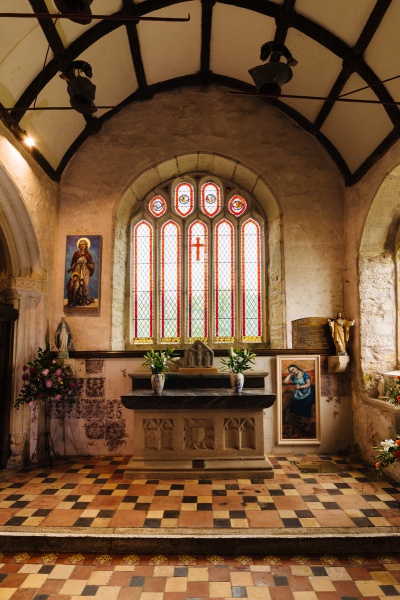 Godolphin Chapel.The Altar, with her vases, and two paintings. 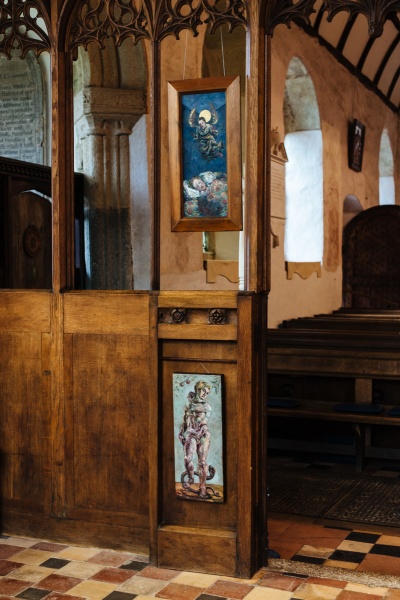 Doorway. Top - A Sleeping Child
Below- Adam with a Serpent. 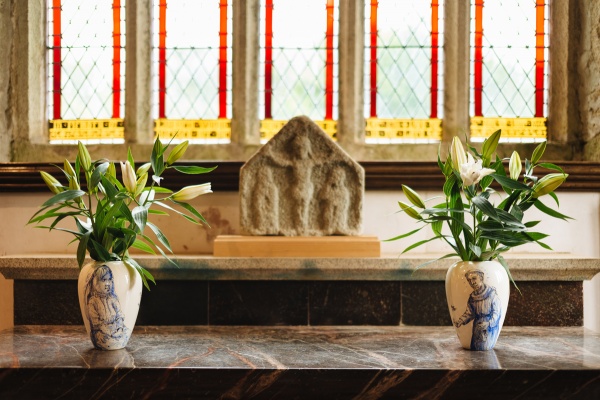 Two vases on the AltarDrawings on Ceramic.